The Lawrence and Douglas County community has benefited from a strong public health presence for more than 120 years. The Lawrence-Douglas County Public Health's mission is to advance policies, practices and programs that promote health for all, prevent disease and protect the environment. 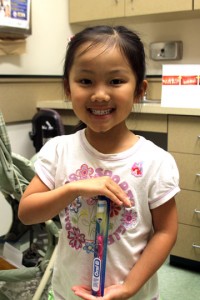 Between 1885 and 1942, public health experienced significant growth. Noteworthy achievements include:
Collectively, these agencies helped the local public health authority respond to multiple epidemics of smallpox, typhoid fever, polio and most significantly the 1918 - 1919 Spanish Flu. Issues of sanitation and the prevention of vaccine-preventable diseases dominated the era between 1942 and the 1960s. In the 1960s and 1970s, after considerable debate spurred by the development of the birth control pill, the Health Department’s philosophy was defined to focus on preventive health care and environmental health. The Health Department played a key role in establishing the Health Care Access Clinic for the medically uninsured; the Bert Nash Community Mental Health Center; and the Visiting Nurses Association.

With a professional and passionate staff, the Public Health works to prevent disease and protect and promote the health of the people of Lawrence and Douglas County. The Public Health was instrumental in helping the City of Lawrence establish a tobacco use ordinance and continues to provide leadership and infrastructure support to LiveWell Lawrence and the Community Heath Improvement Partnership. Staff members serve on multiple social service agency boards such as Success By Six, Safe Kids Coalition, Together Prepared and the Douglas County Dental Clinic. Recognized at both state and national levels for achieving excellence in public health service delivery, the Lawrence-Douglas County Public Health maintains strong partnerships within the civic, academic and social service communities, providing services at reasonable rates to all people in the community.

The Lawrence-Douglas County Public Health will lead the way to health for the community. This begins by helping the people we serve understand the benefits of a strong public health presence. To affect positive change in population health outcomes, we intend to:
We remain committed to tackling the challenges ahead, striving to achieve the vision of “together, day by day, building a healthy community.”