The Kay Kent Excellence in Public Health Service Award recognizes outstanding performance in public health service. The award is named after W. Kay Kent, who served as director of the Health Department for 33 years. 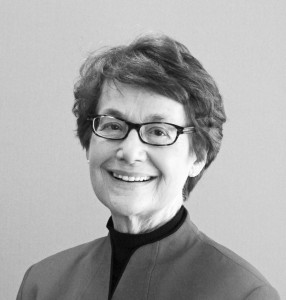 W. Kay Kent
Director of Health Department
1973-2006
“Kay was innovative, energetic, dedicated and a true leader. She was deeply committed to excellence and widely known as a consensus-builder.”

Education
W. Kay Kent grew up in Van Wert, Iowa, the youngest of 9 children. When she was 12 years old, her mother became ill with leukemia and passed away just 2 years later. That experience led Kay to pursue a career in nursing. She earned a Bachelor of Science degree in nursing from the University of Kansas in 1966 and a Master of Science degree in Community Health Nursing from Boston University in 1973. She worked as a nurse and nursing instructor before joining the Lawrence-Douglas County Health Department in 1973 as administrator and health officer.

Kay was a pioneer in public health. She was the first non-physician health officer in Kansas. She initiated the formation of the Kansas Association of Local Health Departments in 1979 and served in multiple leadership positions. She spearheaded the Kansas response to the Institute of Medicine’s Future of Public Health, which resulted in the Kansas Public Health System Study report, Protecting and Promoting the Health of Kansans, — a landmark public health report. Kay helped establish Health Care Access, a clinic for uninsured residents, and the Douglas County Community Health Improvement Project, a coalition of community health leaders.

She served on numerous committees and boards, including the Kansas Health Institute Board of Directors. Kay also received countless honors and awards. She received the Kansas Public Health Association Samuel J. Crumbine Medal for Outstanding Service in Public Health in 1987, the highest public health award given in Kansas. She was the 1st recipient of Kansas Health Foundation Community Health Leadership Award in 1994. She retired from the Lawrence-Douglas County Public Health in 2006.

In 2008, the Lawrence-Douglas County Public Health established the Kay Kent Excellence in Public Health Service Award to honor her legacy. The award is given each year to an employee, volunteer or Health Board member who goes above and beyond the call of duty, following in Kay’s footsteps.
Pay Fees Online
Call 785-843-0721 to Schedule an Appointment
Forms
Community
Health Plan
Jobs &
Volunteering
Family Planning
Government Websites by CivicPlus®
[]